Our 5 most ordered products

Flying in Calabria by balloon!

Tour to discover the enogastronomical traditions of Calabria
Learning how to cook in Calabria
Classes with a sommelier: wine
Visit to the Calabrian villages that are part of the Association of the most beautiful villages in Italy!

Arrival at Lamezia Terme airport; transfer to Morano Calabro, which is a characteristic town in the Pollino National Park and, since 2003, has been part of the circuit of the most beautiful villages in Italy. Accommodation at the diffuso hotel, stroll through the streets of the historic center and welcome dinner with local products.

Morning: walk in the nature, in the heart of Pollino National Park, where you will be able to see the famous Ioricati pine trees, botanical rarity and local emblem. Visit to Pollino Ecomuseum, where the cultural and environmental heritage of the territory is represented. Lunch at a typical restaurant in Rotonda.

Afternoon: Visit to an inportant farm in the heart of the National Park, where a laboratory on meat processing and preparation will take place. The preparations will then be tasted during dinner.

Dinner: at the hotel

Morning: visit to the charming town of Civita (one of the most beautiful villages in Italy), a typical “Arbereshe” village (of Albanian people), tour for information and collection of special herbs of the region. The herbs will be used later to prepare a typical lunch in the farm.

Afternoon schedule: departure to Cerchiara di Calabria and visit to the sanctuary of Santa Maria delle Armi (“St Mary of the Weapons”), which is among the most valuable monuments of medieval origin in Calabria. The Sanctuary is located on the rock next to the slopes of Mount Sellaro and overlooking the wide plain of Sibari. Return to the hotel and first meeting with sommelier to learn basic techniques of wine and olive oil tasting. Dinner: at the hotel.

Departure to Romito Cave tour. The Romito Cave is a site of the Late Paleolithic era and is home to one of the oldest testimonies of prehistoric art in Italy; it is one of the most important at European level.

Visit to the Cave and the museum. Lunch in a typical local restaurant; excursion in search of natural herbs with which the participants will carry out, personally, the production of aromatic liqueurs typical of the region; at the end of this laboratory, each person will take the bottle with the ready drink and a parchment certificate with the recipe. Return to the hotel and second meeting with sommelier to learn basic techniques of wine and olive oil tasting. Dinner: at the hotel.

Departure towards cosentian Thyrrenian Coast; stop in the middle of the way, next to Cosenza, for lunch in Masseria. Cooking classes are planned (experience with bakery and preparation of pizzas). Arrival at Fiumefreddo Bruzio (one of the most beautiful villages in Italy), one of the historical, scenic and cultural wonders of the province of Cosenza. In the second half of the twentieth century, precisely from the 1970s, the Sicilian painter Salvatore Fiume lived in Fiumefreddo, who, fascinated by the beauty of the place, wanted to leave his mark on the beautiful historic center.

Welcome dinner with typical products. In the canteen, where there is no fixed menu, there will certainly be products from the vegetable garden, homemade pasta, dried at low temperatures, breads with unrefined flour, with a long-time fermented dough, in addition to other special local productions.

Morning - Departure to Riviera dei Cedri (upper Tyrrhenian) and tasting of cedar-fruit based products. The Jews attribute a great symbolic value to this fruit. The purest fruits, indispensable to the Festival of Shelters, “Sukkot”, are meticulously chosen and personally collected by the rabbis.

Visit to Orsomarso and walk through the town streets. The town is among the rocks and immersed in Mediterranean forests; Orsomarso is an ancient town in the province of Cosenza, also located at the confluence of two rivers. The largest of them, Argentino, which also gives its name to the famous Valley and is a true jewel of the Pollino National Park. Short excursion to the Valley of Argentino River.

The lunch is planned to take place in a trattoria, with a family structure, based on local products. Culinary laboratory based on preparing a traditional lunch with ancient recipes of the “nonna” of the town: the participants will embark in the preparation of the main dishes that compound sthe typical Calabrian lunch.

Afternoon: visit to Diamante, city of murals and pepper. Crossing the narrow streets of the village, between one house and another, you can admire artistic representations that tell the history of this city, in addition to discovering, among the old shops, the thousand ways to use the pepper. Stop for a tasting of a special gelato and artisanal tartufi (truffles), prepared with the essences present in this area (cedar, figs, peppers, etc.). Return to the hotel for dinner.

Departure to Pizzo with visit to the characteristic small church in the cave; a place of incredible beauty, small caves in the shape of a chapel and stalagmites that were sculpted as columns and statues.

Next, visit the castle of Murat, whose story is related to the death of Joaquin Murat, brother-in-law of Napoleon Bonaparte and King of Naples, who in Pizzo sought conquering and recovering the kingdom, but found death. Inside the building, there is a historical reconstruction that reproduces the last days of Joaquin Murat's life, representing the various moments of capture of the king and his men: inside the cells, in the underground, their prison is reproduced.

Lunch in a restaurant of typical dishes based on fish. In the afternoon, visit to Tropea, the pearl of the Tyrrhenian. Visit to the historic center and the Church of Santa Maria D’Isola (“St Mary of the Island”). Return to the hotel for dinner.

After breakfast, departure to the airport.

THE VALUE DOES NOT INCLUDE:

A ‘diffuso’ hotel is a ‘made-in-Italy’ hospitality model that aims at territorial tourism development and respects the environment, in addition to being sustainable.

Typology example: Nibbio (http://www.ilnibbio.it/ospitalita-diffusa/), in Morano and Borgo de Fiume (http://www.borgodifiume.it/), in Fiumefreddo. Note: Both Morano and Fiumefreddo are part of the Association of the Most Beautiful Villages in Italy.

30% down payment and final payment up to 30 days before arrival at the customer in Italy;
Via bank transfer

Excursion with technical direction from: Tour Operator Greenwood Experience and, in partnership with Ana Patricia da Silva, promoter of the Calabrian territory and tourist guide in Portuguese and english.

There are no comments now, why don’t you write the first one? 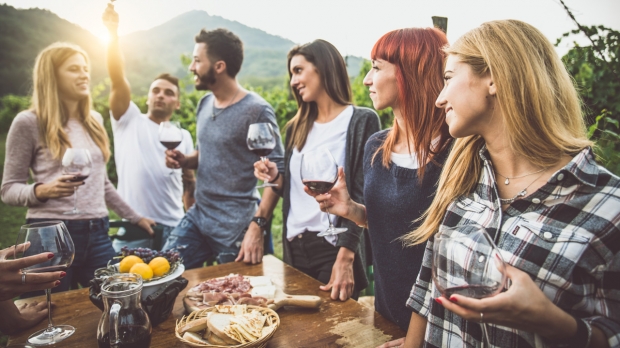 Tour to discover the enogastronomical traditions of Calabria Learning how to cook in Calabria Visit to the Calabrian villages that are part of the Association of the most beautiful villages in Italy! Duration: 8 nights/ 7 days

Haven’t you find your ideal product? We help you!